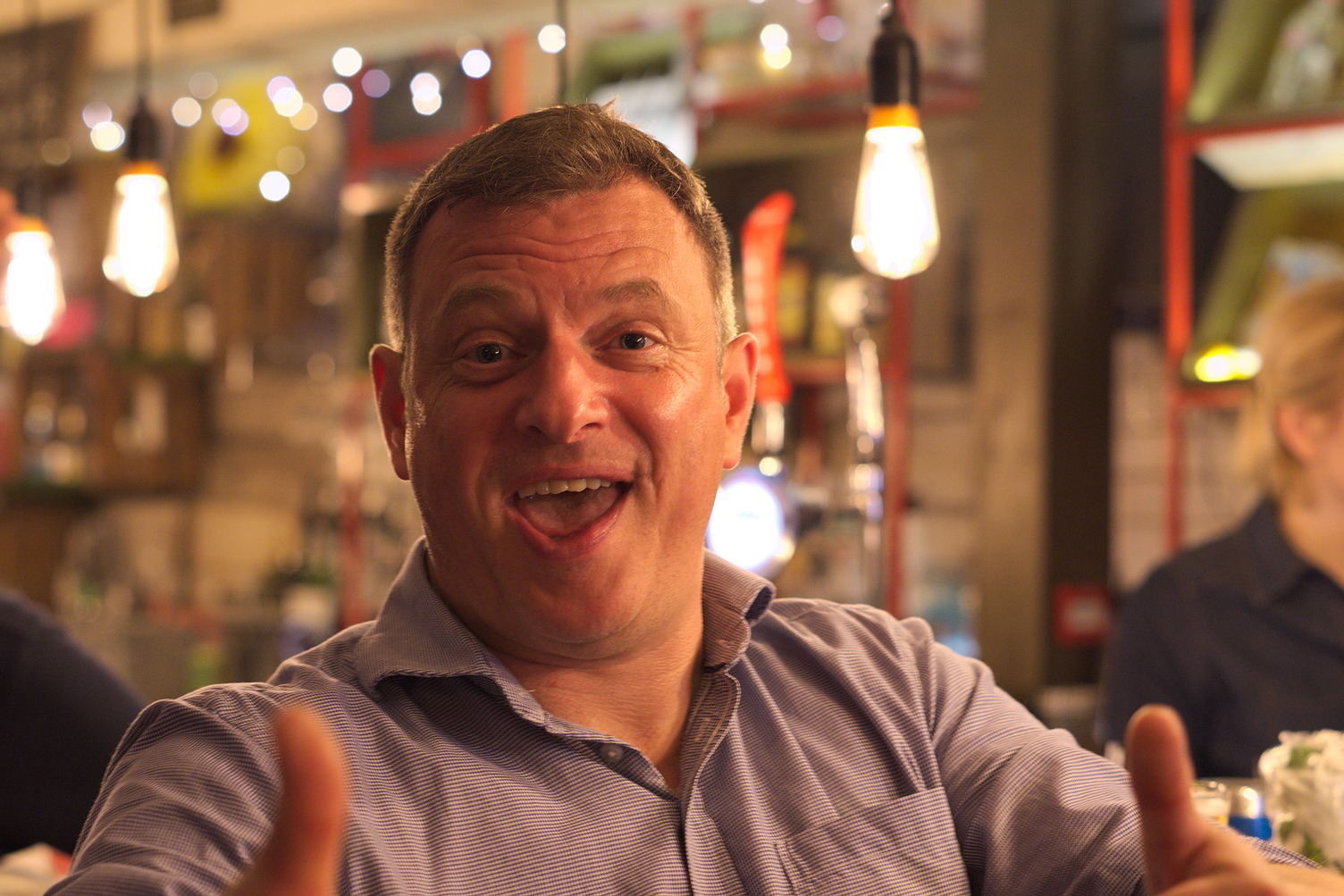 I have no idea who this is.

It was a drunk night out with a bunch of friends. I was trying to get shots of them all, but eventually it was decided that maybe I should be in a photo as well. Reluctantly, because I hate having my photo taken, I handed over the camera and pointed out which buttons were needed. The new shooter took a test shot, and this random guy graciously posed for her.

He looks like he was having a good time.