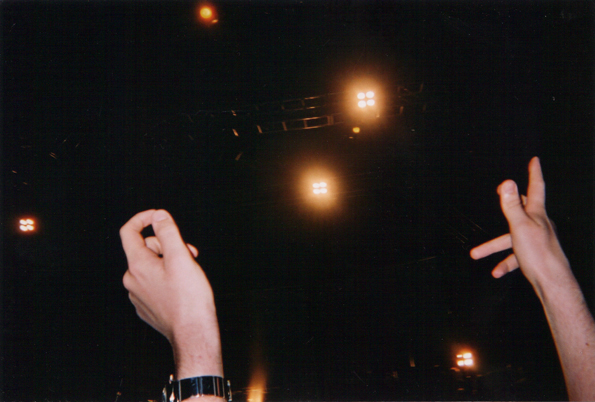 This ones an oldie……. My very first Orbital gig, back in 2000 at The Point in Dublin. Orbital were, as ever, amazing, but the rest of the trip makes more of a memory. From being advised to check out a Thai restaurant by a tramp, and enduring the world’s best jungle curry therein, to walking back to the hostel through a sink estate while people laughed hollowly at us though the darkness. From having to stay an extra night because the mother of all storms made the Irish Sea impassable, to arriving back into a UK where the entire transport system had fallen apart due to flooding and railways that had finally given up the ghost after two decades of neglect. We got back to mid-Wales eventually, after staying another night in the Midlands and then just winging it, hitching and blagging rides on buses that apparently shouldn’t have been taking travellers. How we made it back, just getting every connection by the skin of our teeth, I’ll never know.